by Liren Baker on April 18, 2022 | 8 Comments This post may contain affiliate links. Please see Affiliate Disclosure in my Terms of Service.

Butterscotch pudding can be so much more than a packaged snack. Try this Cognac Butterscotch Pudding for a heavenly homemade pudding that is absolutely worth making from scratch. Top it off with cognac-flavored whipped cream for even more indulgence. 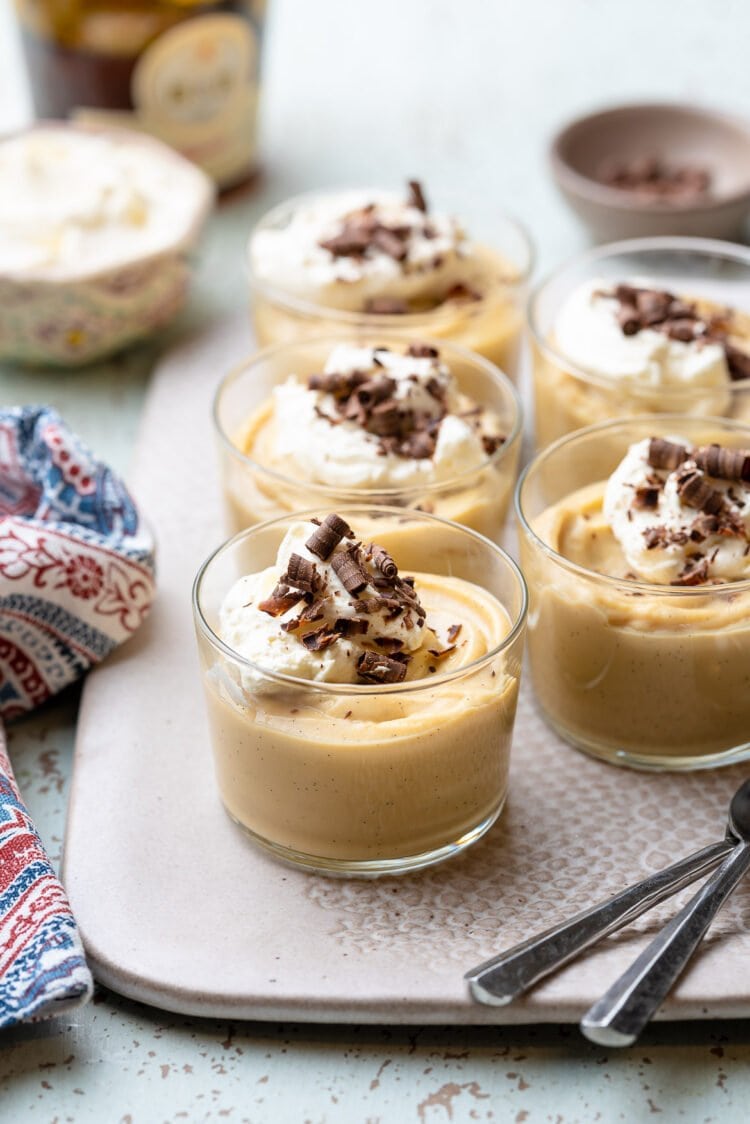 Top this vanilla-speckled Cognac Butterscotch Pudding with a spoonful of cognac whipped cream for a heavenly dessert that is absolutely worth making from scratch.

Note: This post was originally published on March 24, 2013. The recipe has been updated from the archives with updated content and photographs, as well as improved kitchen notes and recipe annotation. I hope you enjoy this favorite from my kitchen.

Once in a while, I get a special request. And being that I never want to disappoint anyone, I honor my family’s appetite. It just might take me a little while.

It may have been a few months ago when my husband first filed his request for butterscotch pudding. This was not a dessert that stirred cravings in me whatsoever; my past experiences with butterscotch pudding go hand in hand with plastic cups and foil top lids.

Three holidays and two seasons later, I finally fulfilled my promise. Amber, vanilla speckled, and clinging to my spoon with purpose, I can understand now how a good Cognac Butterscotch Pudding can be haunting, how it can make you dream of sitting quietly, dipping into each heavenly bite. I just wish it didn’t take me so long.

How to Make Cognac Butterscotch Pudding

Puddings are some of the coziest – and easiest – desserts we can make. But just because it’s easy doesn’t mean it can’t be exquisite. I recommend using the best quality ingredients you can find.

Egg yolks give puddings a rich, custardy texture and add color, so try to use good quality farm-fresh eggs with deeply hued yolks.

Fresh vanilla beans are also critical in this recipe. You could, in theory, use vanilla extract, but if possible, splurge for good quality, plump vanilla beans. The specks of vanilla really make a difference!

Other than the egg yolks and vanilla bean, all you need are the standard ingredients for a pudding: brown sugar, kosher salt, whole milk, cornstarch, heavy cream, and cognac.

Start by melting the butter in a saucepan. Split your vanilla bean and drop it into the melted butter. Be sure not to waste a single drop of precious vanilla bean! Stir in the brown sugar and salt.

Pour the remaining milk and cream into the brown sugar, followed by the cornstarch slurry-egg yolk mixture.

And then it’s time to cook! Bring the custard to a gentle boil, lower the heat to a simmer and whisk constantly until the pudding is thick. You will know it’s done when it coats the back of a spoon. If you can run your finger down the spoon and you can still see the spoon, it’s thick enough to transfer to serving cups to chill in the refrigerator.

The puddings are lovely as they are, but don’t forget to make the cognac whipped cream! It really takes it to the next level! And if you want to make them extra pretty, top them with chocolate shavings, crumbled cookies, or a sprinkling of cinnamon.

I was never a believer in butterscotch pudding until I made it from scratch. Butterscotch pudding can be so much more than a packaged snack. Try this Cognac Butterscotch Pudding for a heavenly homemade pudding that is absolutely worth making at home. Top it off with cognac-flavored whipped cream for even more indulgence. 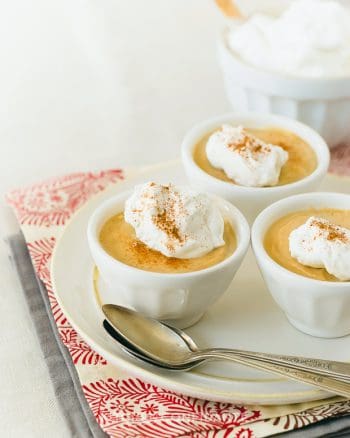 For the Cognac Butterscotch Pudding:

For the Cognac Whipped Cream: 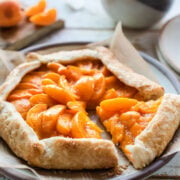