When it comes to controversial foods, the most obvious objects of controversy are often delicacies such as fois gras, veal, and whale. But what about the more humble foods that can spark equally passionate debates? Like pizza? Pizza is sometimes overlooked as one that can…

When it comes to controversial foods, the most obvious objects of controversy are often delicacies such as fois gras, veal, and whale. But what about the more humble foods that can spark equally passionate debates? Like pizza?

Pizza is sometimes overlooked as one that can spur quarrels, but the truth is, pit a New Yorker against a Chicagoan on whether deep dish is a legitimate pizza, and you could potentially televise the war of words on Pay Per View and be entertained for a good hour. People are passionate about their pizza, and I guess I’m no different. I grew up on New York style pizza, but have a deep appreciation for the pizzas you can find all over the world. Deep dish was a staple for me while I was in grad school in Chicago (dipped in ranch dressing, Kansas City style). And I’ll never forget the Roman pizza I had with a beautiful, quivering egg on top.

Just the other day, my own husband chastised me when I told the local pizza shop that I wanted “one pie with mushrooms and olives.” “Pie!?! No one calls it pie here, they have no idea what you mean. You know that’s a New York thing,” he said. I argued that the term is universal. Isn’t it?

Here in California, there’s pizza, but none so far that holds a flame to what I consider an awesome New York pizza. Don’t get me wrong – it’s good, but it’s just not the same. Try as I might in my own kitchen, I just can’t get it to taste like those perfect slices. It must be the sauce, that wonderful tomato-ey-just-tangy-enough sauce.

But I can make a pizza that I do love, the Pizza Bianca, or White Pizza. It’s all the best bits of the pizza, without the elusive sauce. And growing up, there was a time I adored it more than the regular slice. Crispy dough, with a hint of fresh garlic and cheesy goodness – I’ve been craving it for quite a while. But I wanted to add a splash of California. So enter the zucchini: Maybe it’s me just wanting to feel less guilty about my bread and cheese pleasure. Or maybe I just wanted to play with my mandoline. Either way, the thin slices looked so elegant on the Pizza Biancas.

Want a slice of this pie?

Dough
If you have access to pre-made pizza dough from your local pizzeria or grocer, this shaves off extra prep time. But if you wish to make your own, try this one from Tyler Florence. The key to easier rolling is making sure the dough sits for at least 15 minutes at room temperature - the dough will be easier to work with, less elastic,  and less likely to snap back as you roll.

Roll out the pizza dough to desired shape and size on a floured surface. Transfer the dough to the prepared tray. Press dimples into the dough, as well as a ridge around the perimeter to prevent the cheeses from oozing. Brush lightly with olive oil and sprinkle with the fresh garlic. Arrange the mozzarella and fontina cheeses. Arrange zucchini slices. Brush zucchini lightly with olive oil and season with salt and pepper.

Bake for 15-17 minutes, or until the pizzas are bubbling and the dough is golden. Slice and serve immediately. Enjoy! 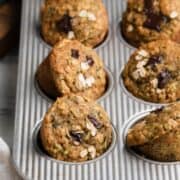 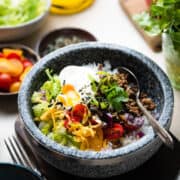 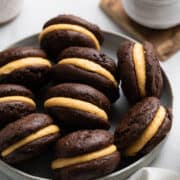