by Liren Baker on May 23, 2018 updated April 10, 2019 | 33 Comments This post may contain affiliate links. Please see Affiliate Disclosure in my Terms of Service.

Twirl your fork in linguine with clams with an Asian-inspired twist! Sake, red-chili sauce and a touch of cilantro make this a delicious pasta dish you can cook in just 20 minutes! 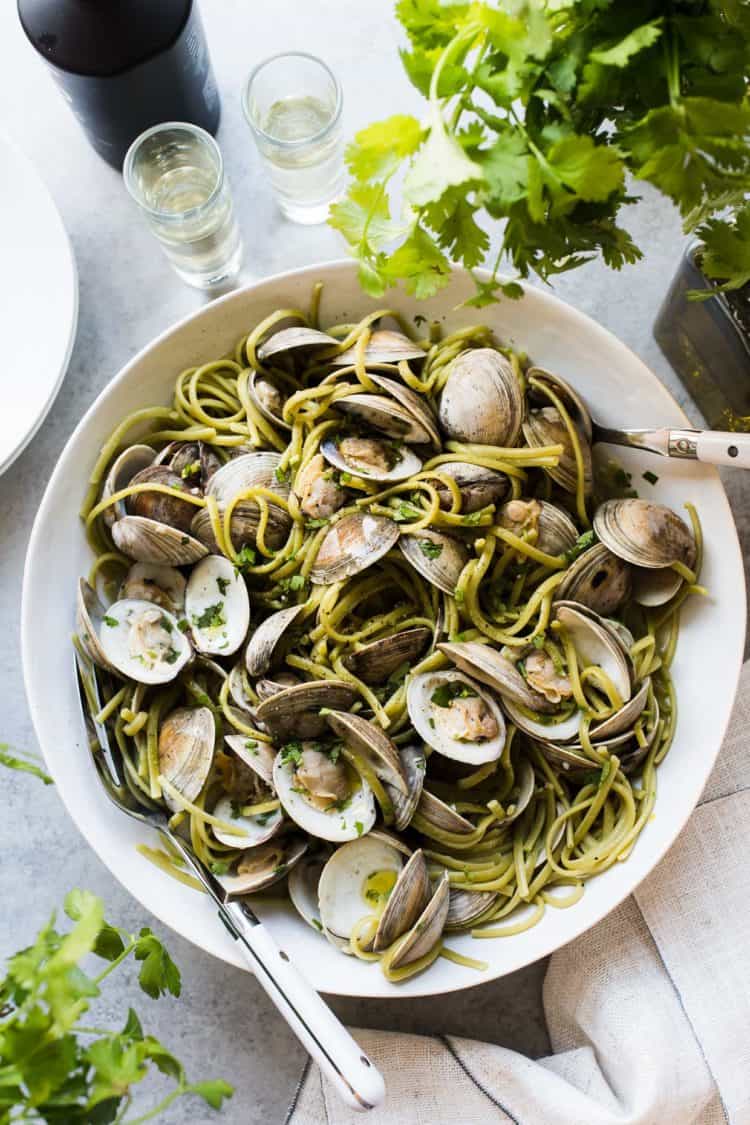 Dinner was never easier! Linguine with Clams in Sake Red Chili Sauce gives an Asian twist to an Italian classic, all in 20 minutes. 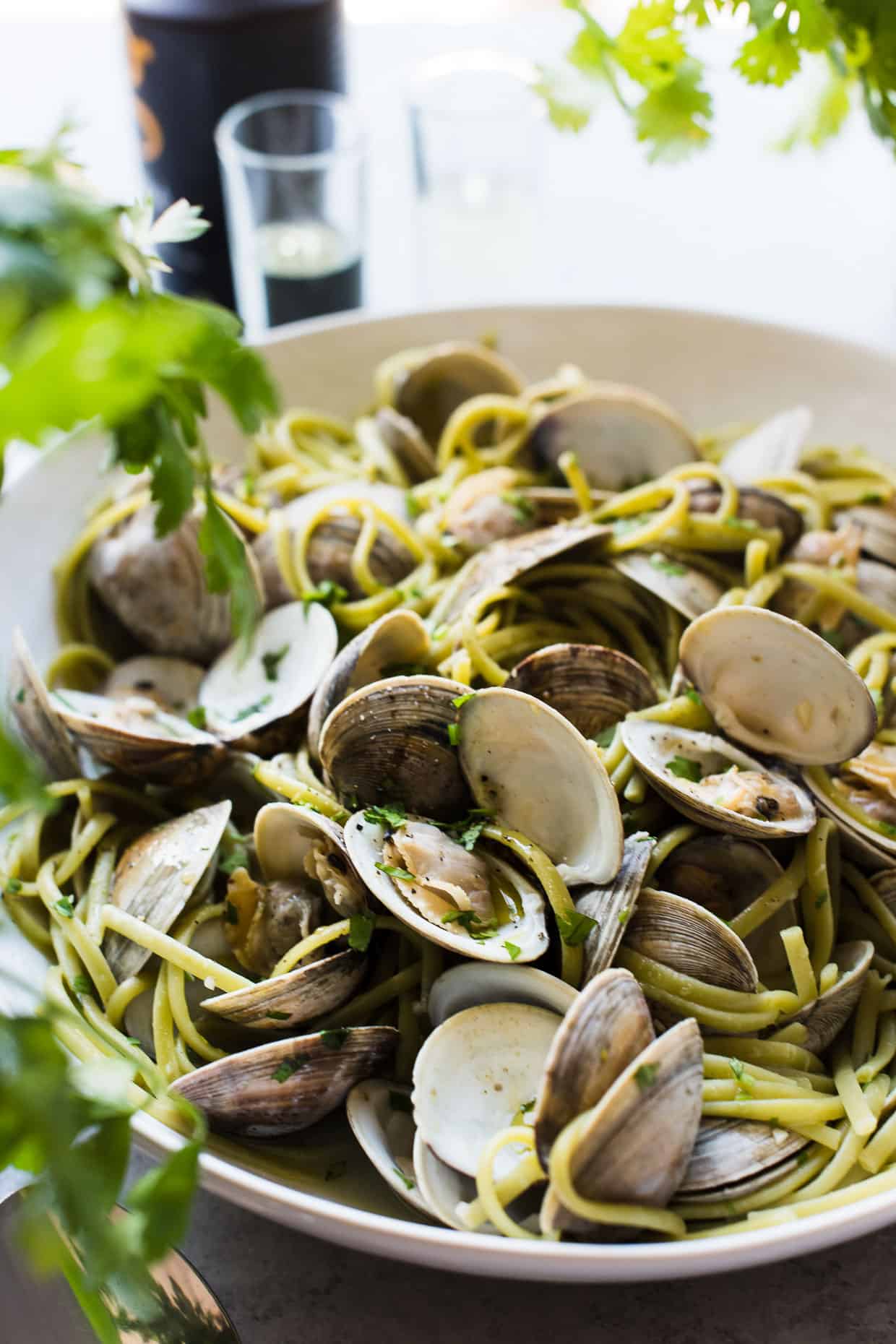 Note: This recipe for Linguine with Clams in Sake Red Chili Sauce was first published March 16, 2011 on Kitchen Confidante. Updated photos were added on May 23, 2018.

Are you a twirler or a slurper? Use a fork or a spoon? Or both?

When it comes to pasta, I get a kick out of watching people (especially kids) transfer strands of pasta to their mouth. I myself prefer the fork-twirl-with-spoon method and have been trying to teach this technique to my children, but it is a skill they struggle to perfect. Perhaps it’s for the best because apparently, using fork with spoon is actually considered poor form. Ask around and you’ll surely incite a debate, even amongst Italians. But I recently learned that while it is proper etiquette to provide diners with a spoon to help toss pasta and sauce on the plate or bowl, purists and pasta experts use the fork alone to twirl and eat their pasta. Who knew? 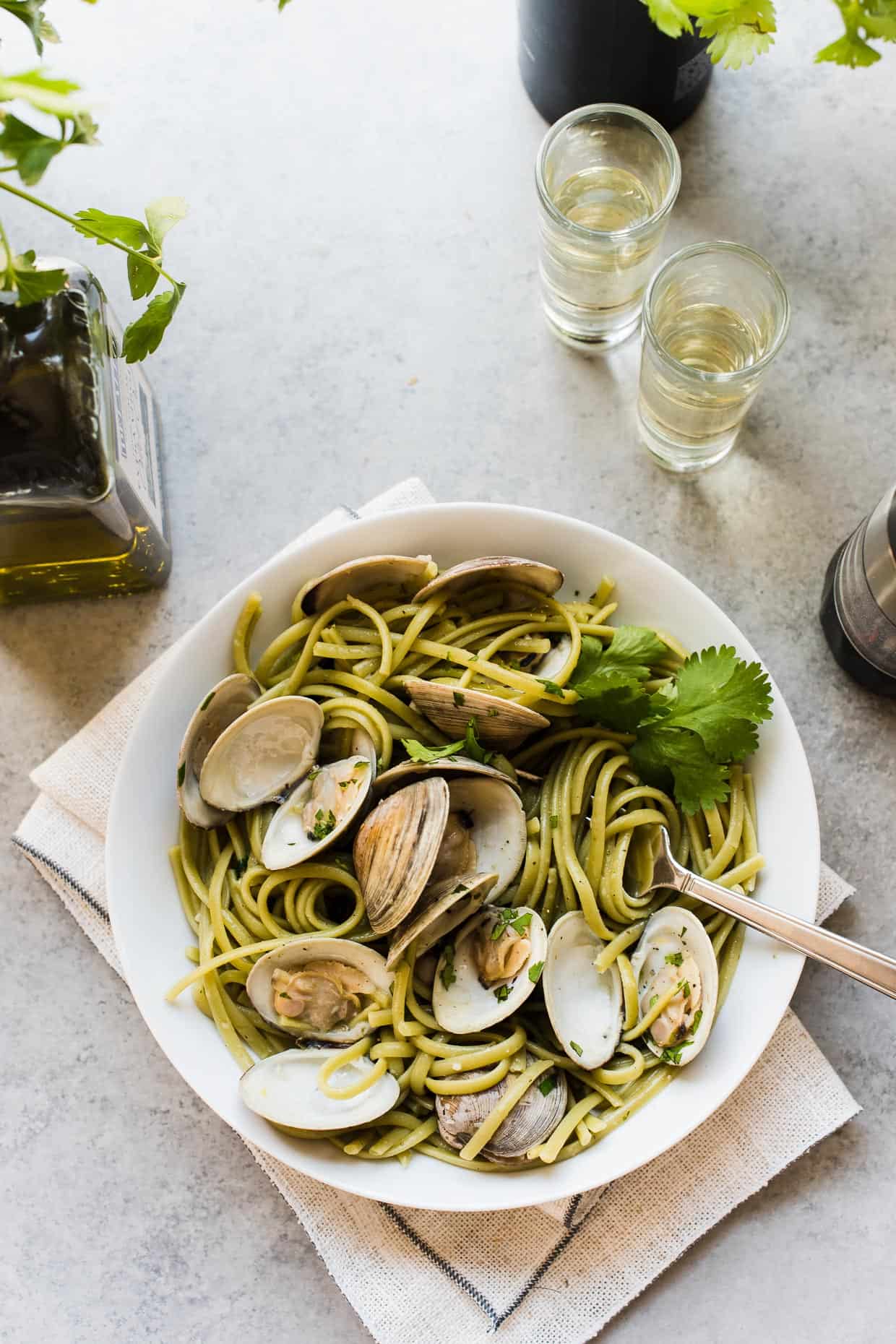 I thought of this the other night when I made Linguine with Clams. But I threw those rules out the window. After all, this was Linguine with Clams in a Sake Red Chili Sauce. This Asian spin on the Italian favorite is actually more understated than it sounds, but I figured it would permit the Filipino etiquette of eating with fork and spoon to this bowl of pasta. 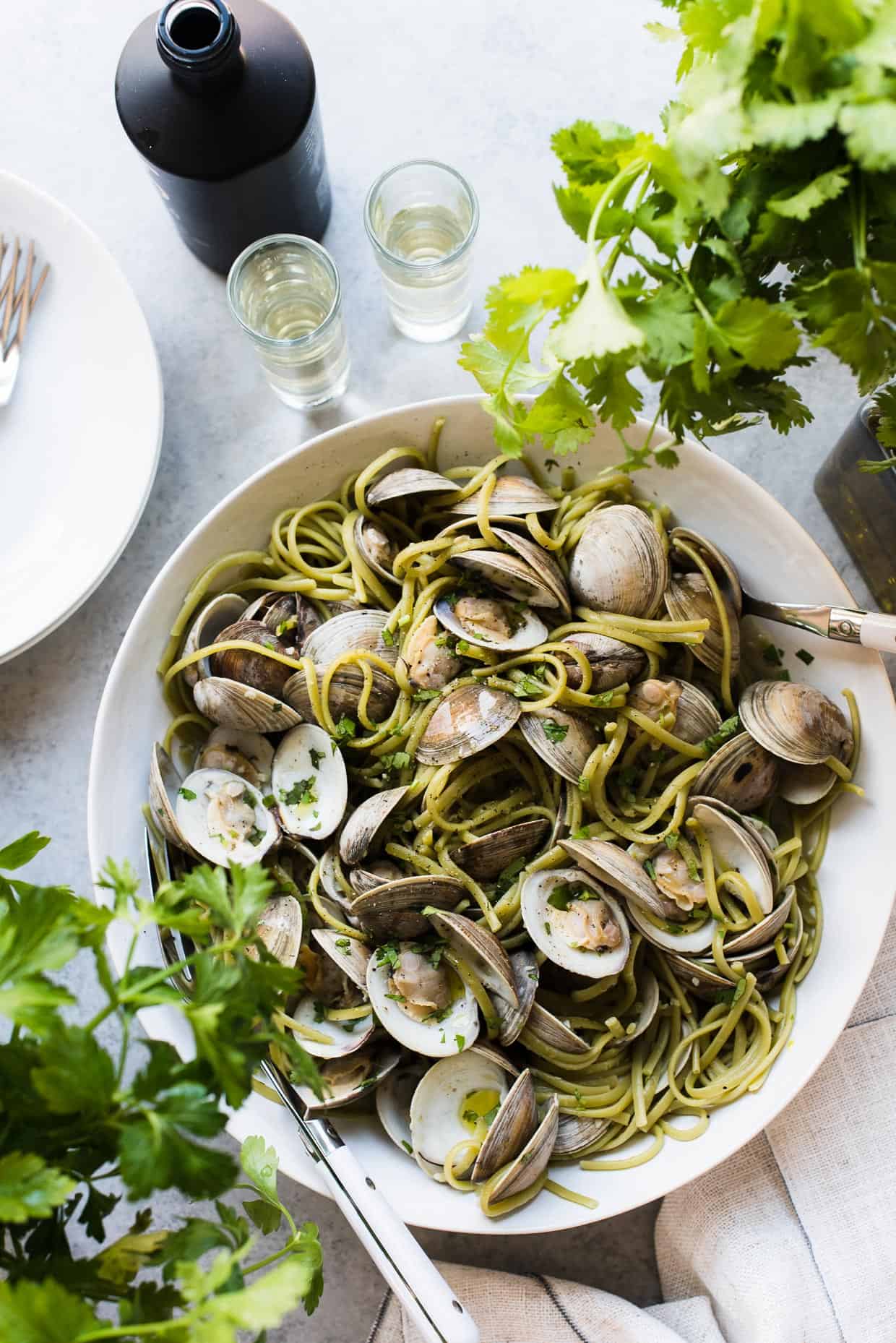 Discussion on how to eat it aside, I have to say, I really need to remember to make this dish more than once a year. It’s so simple and effortless, it is the perfect weeknight meal. I promised my family I would throw this into the repertoire more often…which I suppose means the kids can practice perfecting that fork twirl.

Twirl your fork in linguine with clams with an Asian-inspired twist! Sake, red-chile sauce and a touch of cilantro make this a delicious pasta dish you can cook in just 20 minutes! 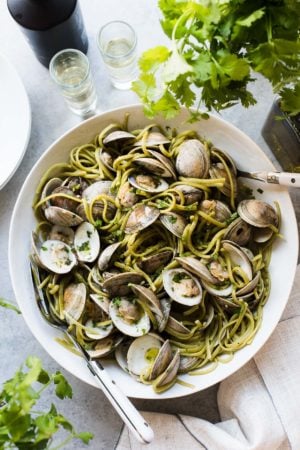