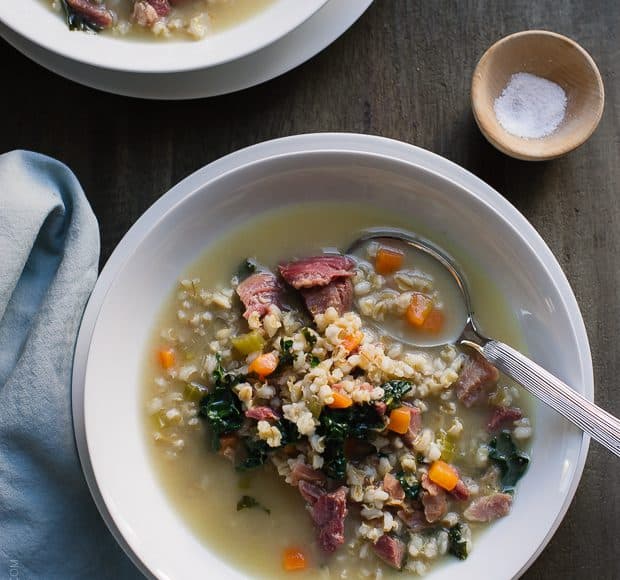 Use what is left of your holiday ham & start the New Year right with a bowl of hearty and wholesome Ham, Barley and Kale Soup. 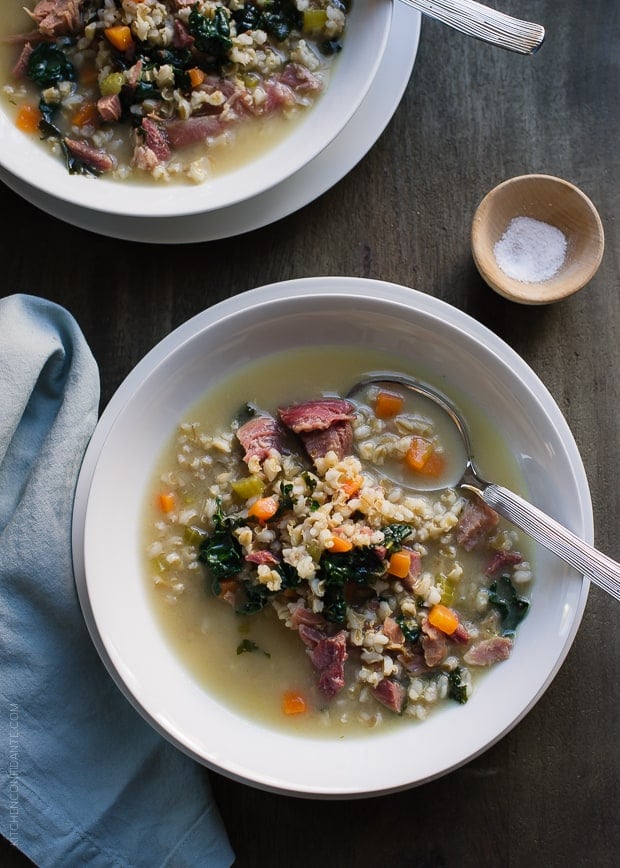 Holiday leftovers? Use what is left of your holiday ham in this hearty and wholesome Ham, Barley and Kale Soup.

My husband came home with the biggest smoked ham I have ever seen.

“We’re going to be eating ham for a month,” I thought to myself. My mind began to rattle off the possibilities, Bubba Gump style. Ham sandwiches. Grilled cheese with ham. Ham omelets. Fried eggs and ham. Ham and split pea soup. Ham macaroni and cheese. Ham chowder. I started to fatigue just thinking about it.

The funny thing is, I didn’t tire of the ham. This year’s holiday ham has been so good, and despite the fact that I’ll be using up the very last of it this morning in a breakfast quiche, I will actually miss it when it’s gone. It served us well. 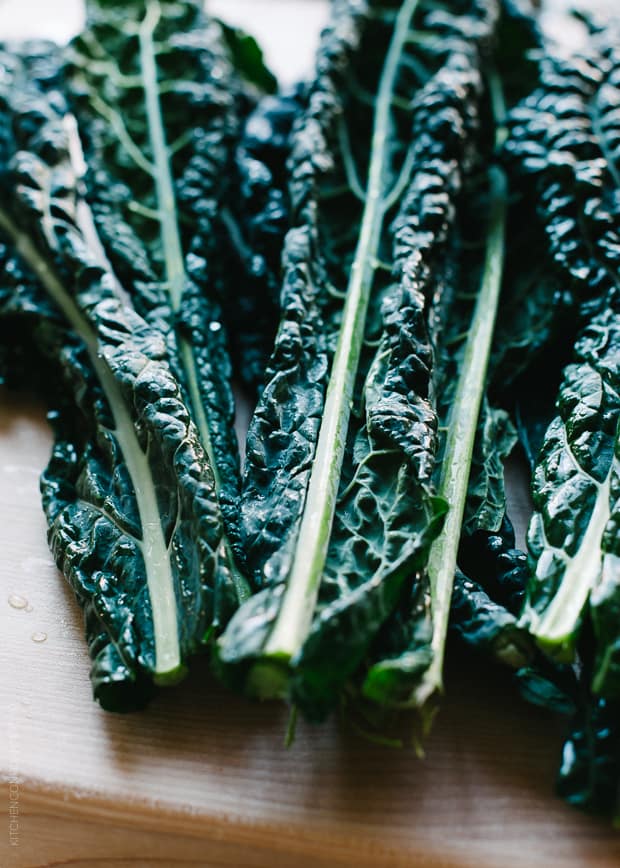 Out of all the ways our leftover ham was reincarnated, Ham, Barley and Kale Soup was my favorite. As we welcome the new year with evening frosts and movies in front of the fireplace, all I continue to crave is soup. I hope you’re not tiring of it, but if a hot, steaming bowl of rich broth, chewy barley and nutrient rich kale sounds like a good way to keep warm and wholesome, then this soup is for you.

Next holiday, I’ll remind my husband to bring home a big ham again…maybe even bigger. I’ve run out of soup, you see. 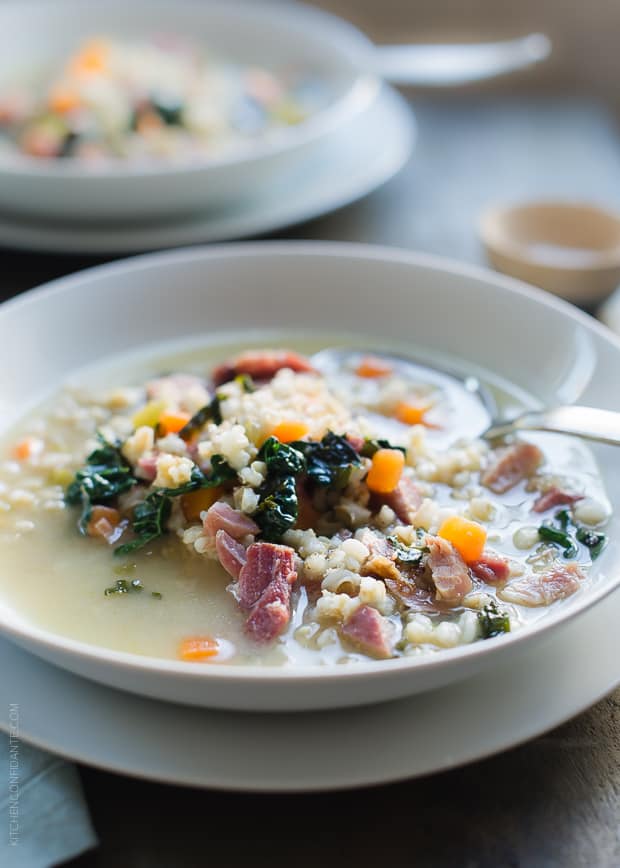 Use what is left of your holiday ham to make this hearty and wholesome Ham, Barley and Kale Soup. 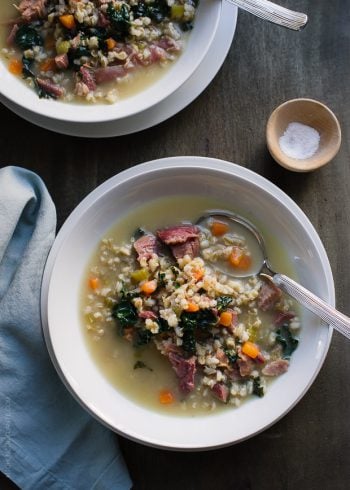