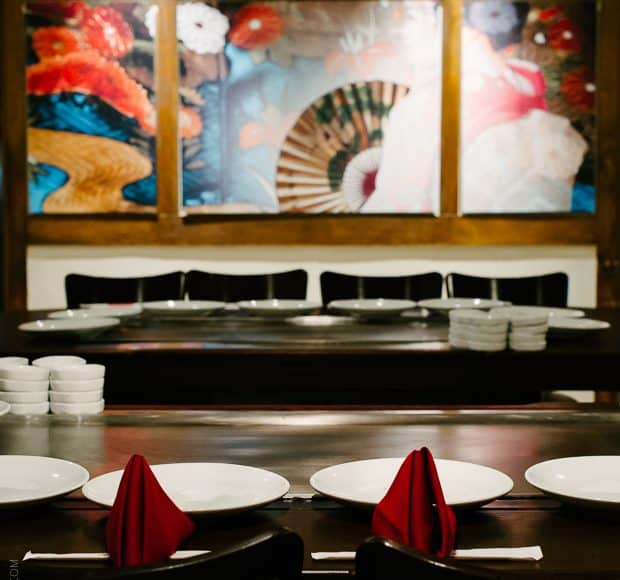 General » The Art of Teppanyaki

The Art of Teppanyaki

by Liren Baker on November 02, 2015 updated July 1, 2019 | 13 Comments This post may contain affiliate links. Please see Affiliate Disclosure in my Terms of Service.

This post is the first in a two part series, where I explore the art of teppanyaki and sushi and sake pairings at Benihana. The last time I found myself sitting around the table, I marveled at the smoking hot grill. The teppanyaki chef greeted… 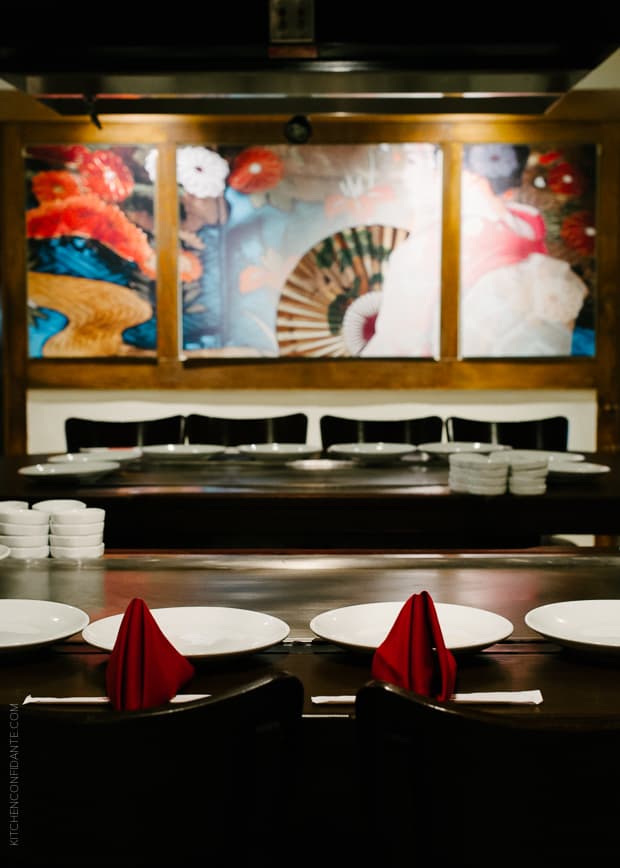 The Art of Teppanyaki This post is the first in a two part series, where I explore the art of teppanyaki and sushi and sake pairings at Benihana.

The last time I found myself sitting around the table, I marveled at the smoking hot grill. The teppanyaki chef greeted us solemnly before his sense of humor broke through with each stroke of the knife and flick of the wrist, the shrimp tails flying through the air, to be deftly caught at the very last second. You couldn’t help but clap and be delighted by it all, and before you knew it, you were joking around with the other people at the table, whom you just met earlier. When was the last time you were at Benihana? I admit that it may have been close to 20 years since I went to one in New York, celebrating a friend’s birthday. To say this makes me realize how quickly time flies, but I imagine that for the folks at Benihana, they feel the same way. After all, they introduced the art of teppanyaki to the United States in 1964.

When I recently had the opportunity to revisit my local Benihana and reacquaint myself with teppanyaki and the art of sushi and sake pairing (stay tuned for the sushi in my next post), I couldn’t resist. For Chief Chef German in Northern California, time has also flown – 30 years, in fact. He got his start in the Benihana kitchen, and worked his way up, delighting diners and watching families grow and get older with his very eyes, witnessing and being part of their celebrations. He has been part of birthdays and anniversaries, and for one couple who recently celebrated their 40th wedding anniversary, dinner with Chef German was the only way they could celebrate – it was their tradition. Hearing stories such as these brought me behind the grill for a moment, when I had the chance to spend time with Chief Chef German. It made me realize how as a teppanyaki chef, not only is there a unique hospitality and personality to cooking, but an interaction that you don’t get as a chef behind a closed door kitchen. I realized that it’s a tough job that brings rewards in unexpected ways. These days, Chef German is the Chief Chef, training all the new chefs that come through their doors. Within six weeks, new chefs will practice dishes over and over again, not to mention brilliant knife skills and the trick to cooking over such a hot surface. They learn to understand the diners at their table, and how to cater to each one. They cook and they entertain, and special occasions are often their responsibility. It’s tough work, and while some get through the training and don’t last, Chef German has also enjoyed seeing some chefs really excel and do well under his tutelage. Before they know it, they are making signature dishes such as signature fried rice turned into a beating heart, onion volcano, and shrimp and steak, like it’s old hat. Old chef hat, that is. Have you ever wanted to try your hand at being a teppanyaki chef? There’s actually a program called Be the Chef, and it is such a fun way for you to spend some hands-on time learning a few dishes with your own Chef German! Yes, you get a chef’s hat and apron. But the best part is you get to use your skills and cook for your friends that evening, with a little help, of course. I want to thank my friends at Benihana for welcoming me and the chance to see a little behind the scenes at one of America’s beloved restaurants. Learn more about Benihana at http://www.benihanacrave.com/, and share your Benihana moments on Instagram, Facebook and Twitter with #senseacrave.

Disclosure: This post was made possible by Benihana. All opinions, as always, are my own. Sponsored posts such as these help behind the scenes at Kitchen Confidante. Thank you so much for your visits and making my blog part of your day.