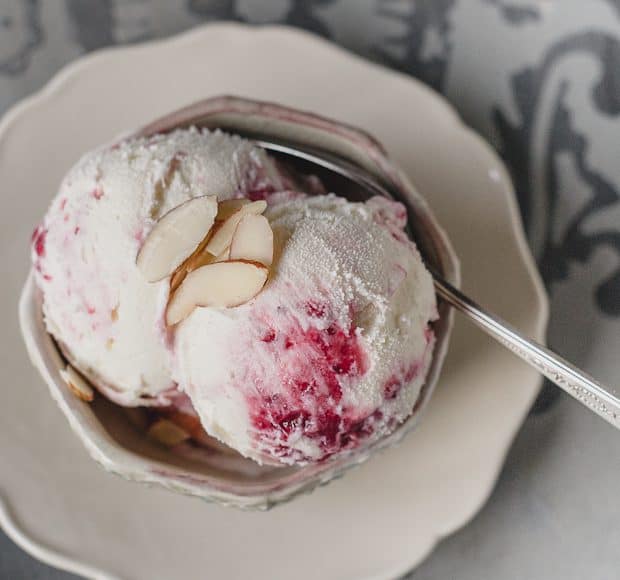 by Liren Baker on January 28, 2013 updated October 11, 2021 | 24 Comments This post may contain affiliate links. Please see Affiliate Disclosure in my Terms of Service.

This homemade Cranberry Almond Swirl Ice Cream is made with a rich custard swirled with a Vanilla Cinnamon Cranberry Sauce–a festive seasonal treat. 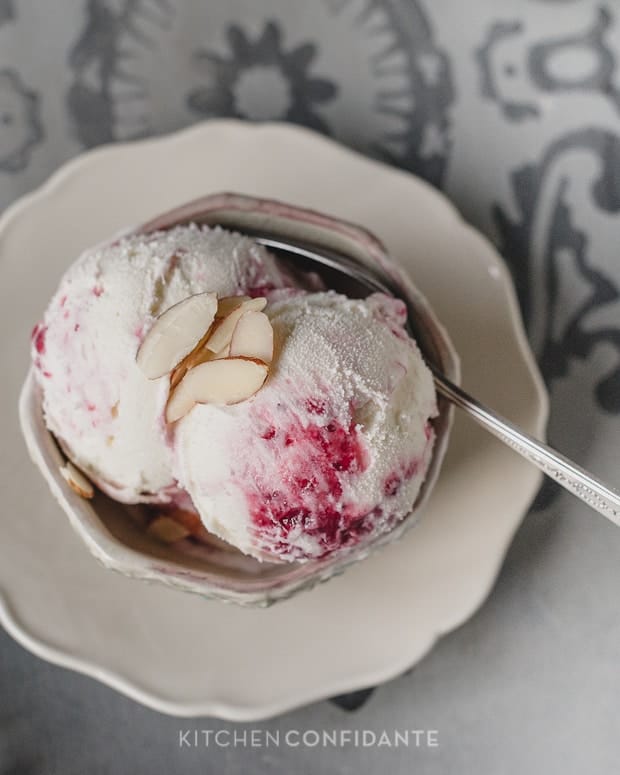 If you love cranberries, give this Cranberry Almond Swirl Ice Cream a try. It’s homemade ice cream churned from a rich custard base and swirled with a colorful Vanilla Cinnamon Cranberry Sauce.

This post first appeared on January 28, 2013 as well as on Wayfair.com. I hope you enjoy this favorite from my kitchen!

In some ways, I think the same could be said for cooking. I go through phases where I cook the same things over and over again, only to abandon them for stretches of time. That happened with ice cream. I made this Cranberry Almond Swirl Ice Cream and even though it may be winter sometimes you just can’t stop. It is ice cream, after all.

If you love cranberries, give this Cranberry Almond Swirl Ice Cream a try. It’s homemade ice cream churned from a rich custard base and swirled with a colorful Vanilla Cinnamon Cranberry Sauce. 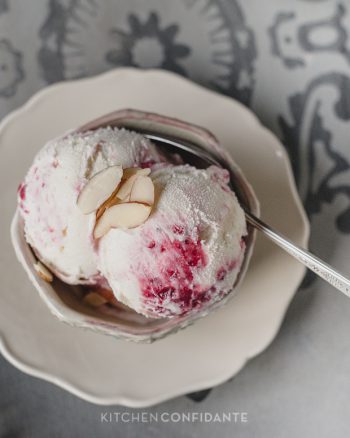 Ice cream base based on Tyler Florence’s Vanilla Ice Cream Base, via Food Network. The Vanilla Cinnamon Cranberry Sauce recipe makes about 2 cups.