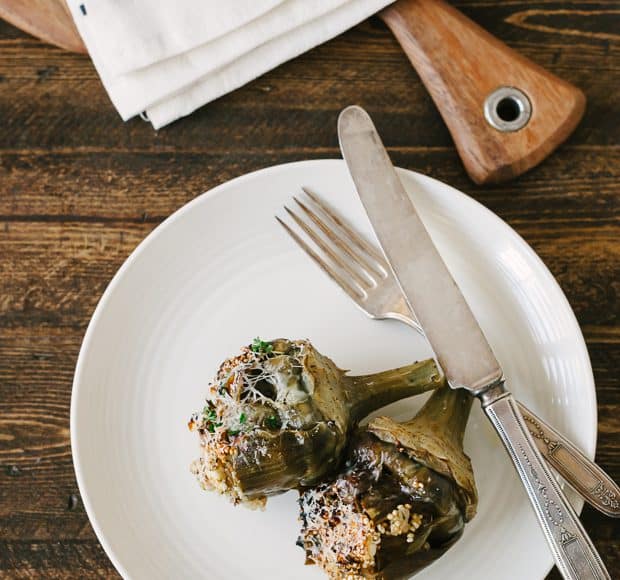 by Liren Baker on April 06, 2014 updated January 11, 2021 | 19 Comments This post may contain affiliate links. Please see Affiliate Disclosure in my Terms of Service.

Stuffed with quinoa, feta and parmesan cheese, these Toasted Quinoa Stuffed Artichokes make an excellent side dish or main course. 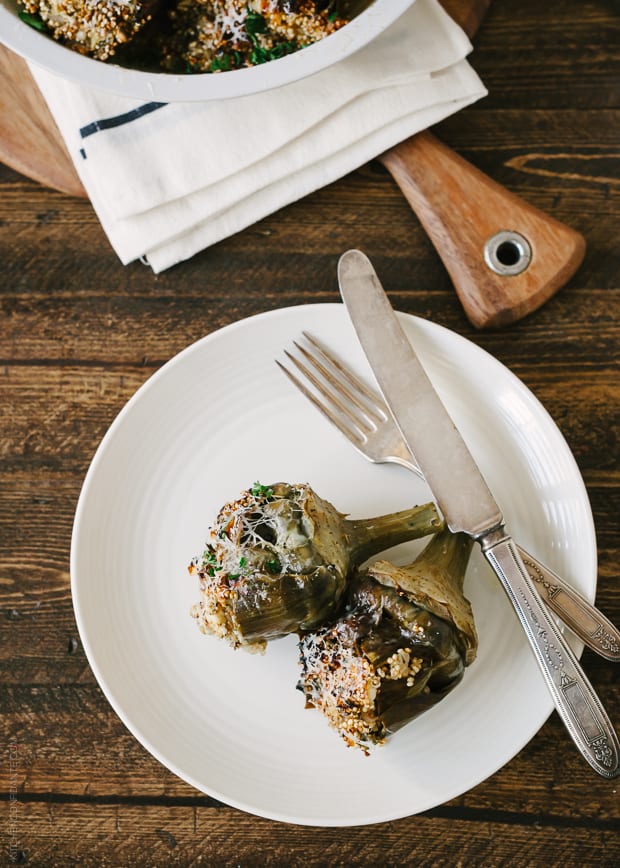 Raise your hand if you’re intimidated by artichokes…or remember a time when you stayed away from them at the market because you weren’t sure how to handle them. 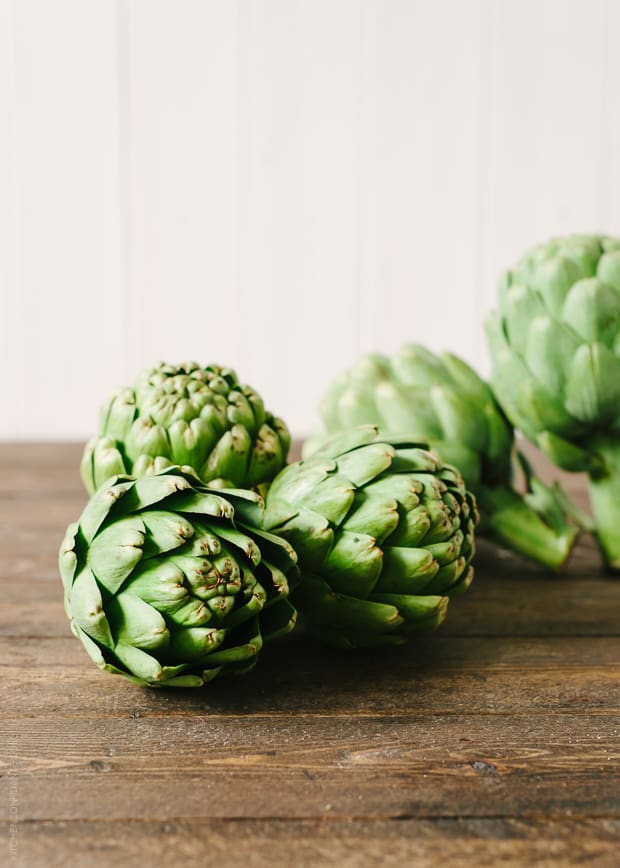 Don’t worry, you’re not alone. For years I shied away from artichokes, despite how much I loved to eat them. I admit it. After all, it’s not as intuitive as, let’s say, asparagus.

I’ll never forget the first time I had the courage to buy these beauties. I was living in Santa Monica at the time, and was roaming the weekly farmer’s market. I was drawn to the stand piled high with enormous, globe artichokes, the most beautiful specimens I had ever seen. I just had to have them, even if I hadn’t a clue how to break one down. 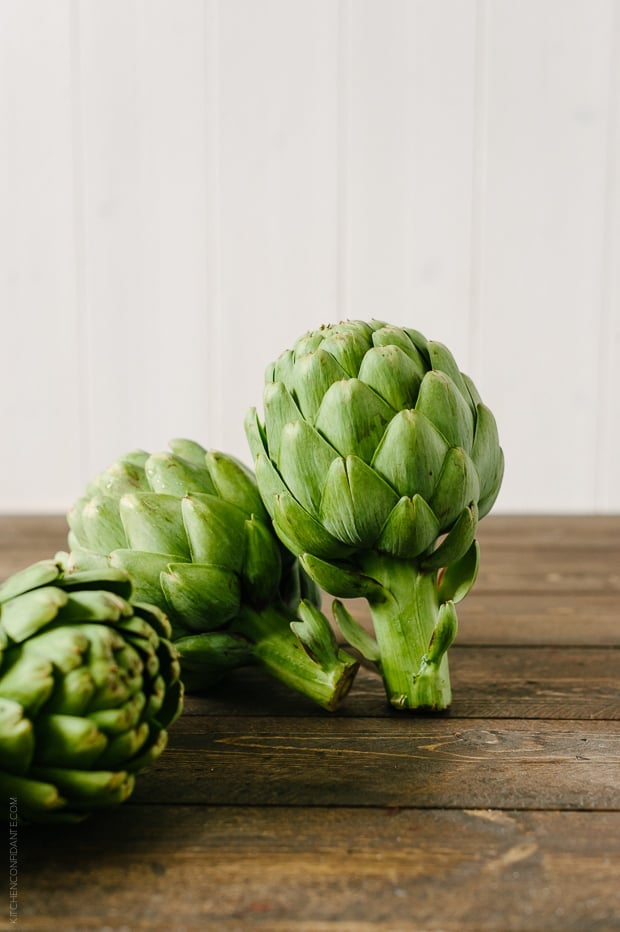 It took some reading and some patience. Half my kitchen equipment was in various stages of unpacking, but several hours later, I was victorious. Artichokes were no longer a mystery. I had trimmed them, battled the chokes, and had stuffed them fairly successfully. I conquered the artichoke.

But between you and me, I still have a special place in my heart for canned artichoke hearts. 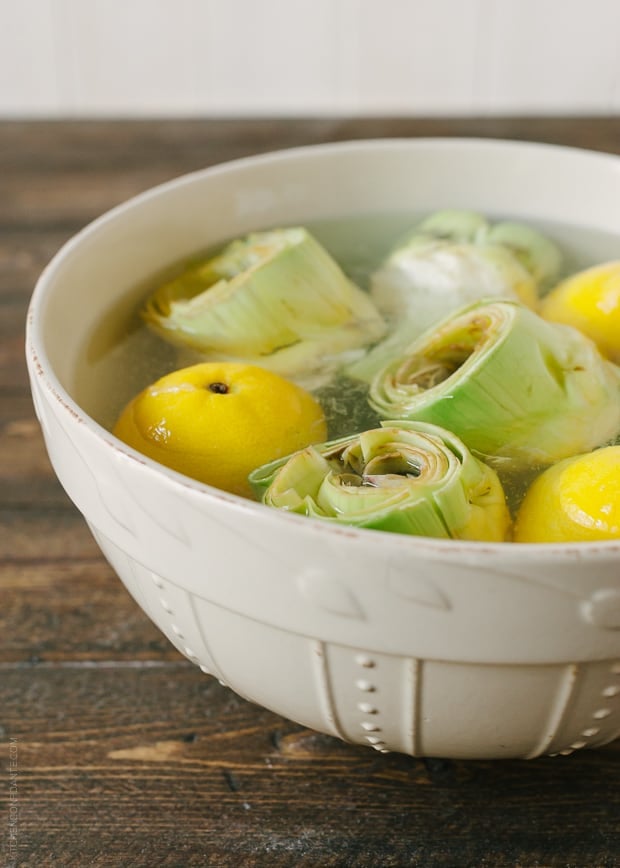 Now that artichokes are popping up in the markets, I’m like a moth to a flame, and I can’t resist. Each time it gets easier and easier, and I can almost laugh at the me in the old Santa Monica apartment, fussing over artichoke leaves. Almost. 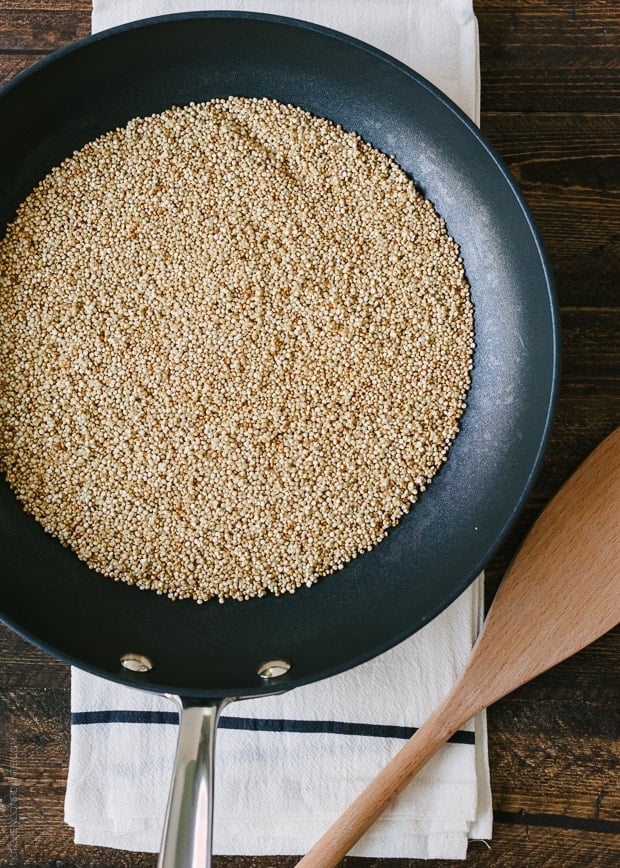 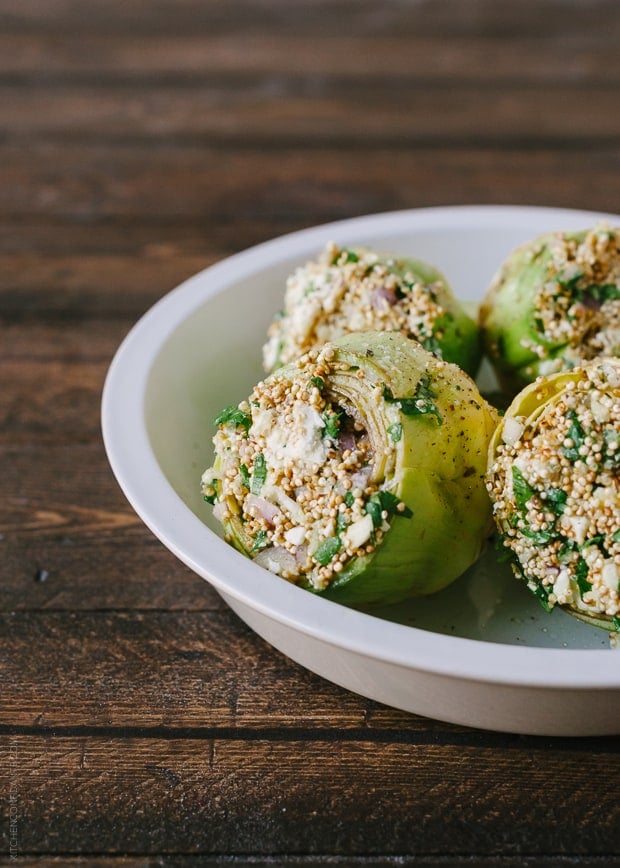 These Toasted Quinoa Stuffed Artichokes are stuffed with a filling so good, I daresay I’ll be using it to stuff all kinds of other vegetables. Quinoa, toasted to let its nutty qualities shine through, is cooked and tossed with briny feta and parmesan cheese, along with vibrant parsley, cilantro, garlic and shallot. A dollop or two of olive oil to bind it, and into the oven it goes, topped with a little extra crunchy toasted quinoa. As the artichokes bake, the hearts become tender, and the filling within begins to ooze with cheesy goodness. 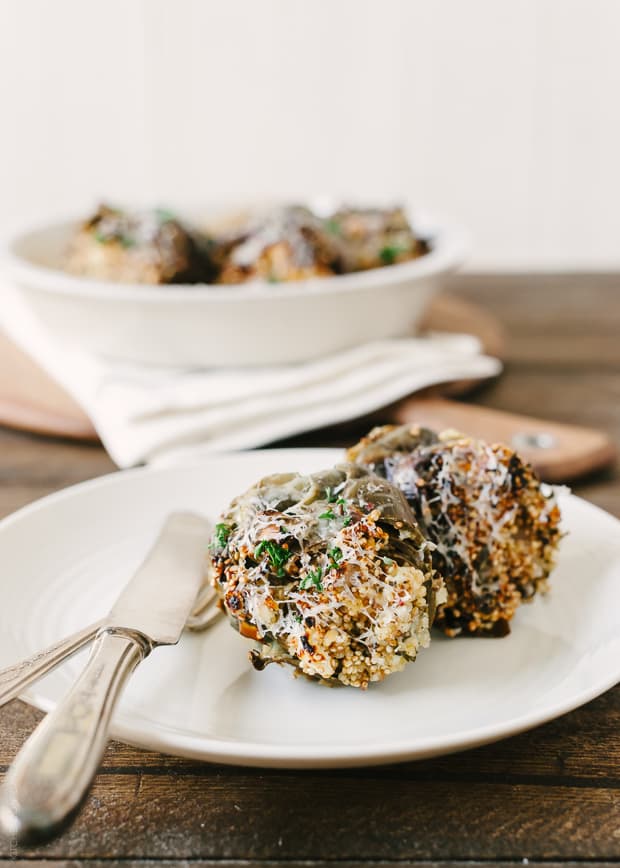 It’s worth the little bit of effort. It’s worth conquering. 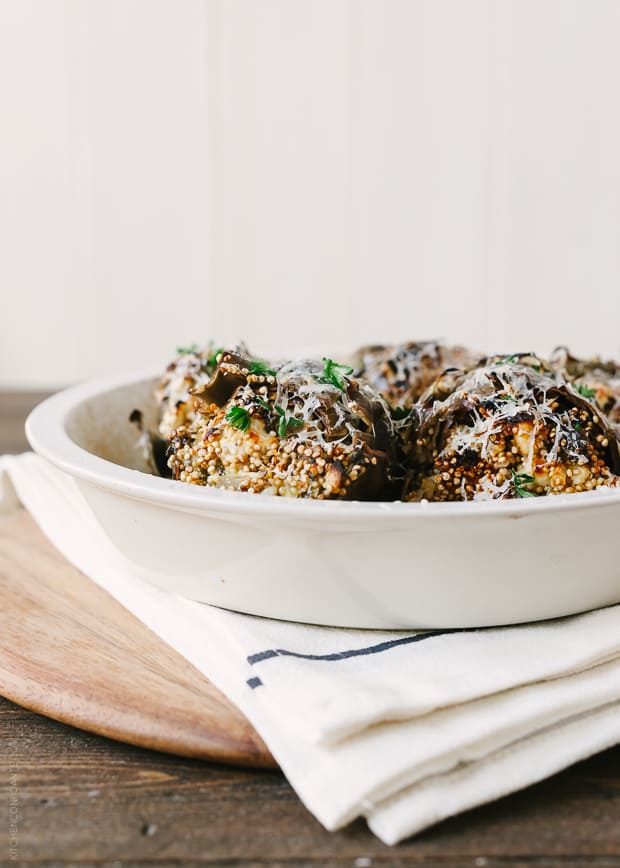 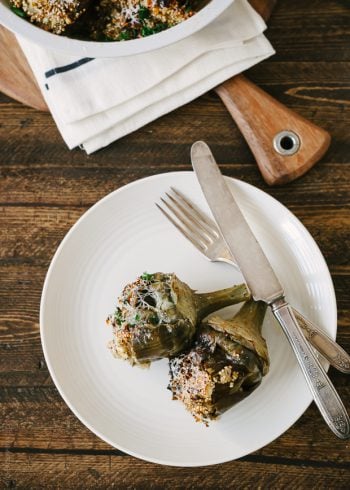